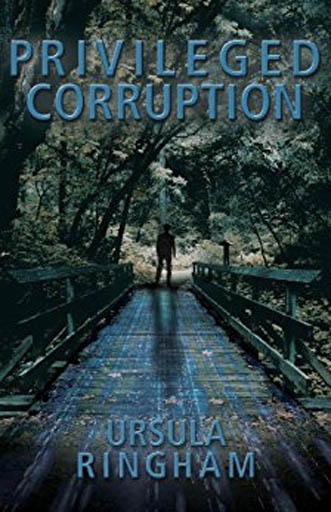 Writing Is My Passion

This adventure I call life fuels my creativity for developing unique stories that I hope you enjoy reading.

In Silicon Valley, product ideas are stolen every day. Hundreds of millions of dollars of intellectual property and countless hours of R&D lost in a millisecond. A high risk, high reward business, but is it worth risking your life?

Young, ambitious Kate Crawford is about to make it as one of Silicon’s Valley overnight millionaires. She has her hands in a secret new product that will catapult software company Obsidian to rock star status on the eve of its IPO. A week before the public offering, CEO Sander Walker assigns her a new account.

Kate’s future seems set until she realizes this new account, Fortunato, has a product nearly identical to the one she is about to launch. She panics. Why didn’t Sander notice? As Kate imagines her promising career and lucrative stock options vaporized, she glances at the Fortunato prospectus and sees the one name more horrifying than lost millions: Logan Sinclair.

Logan Sinclair: the prodigal son of one of the wealthiest families in Silicon Valley. The man suspected but never convicted of playing a role in the death of Kate's older sister, Jenny, twenty years earlier in a bizarre, teen love-triangle gone bad. Could the appearance of Logan’s name on Kate's desk possibly be a coincidence or has he returned with an ulterior motive? Is Kate being set up by Logan because she was Jenny’s sister? Or is Sander pulling the strings?

Kate has no choice but to face Logan, a dark-eyed, broodingly handsome man with a petulant temper and weakness for women. She teams up with her older brother Eric, a reformed drug addict and Jenny’s twin, and friend Jessica, a reporter for Seattle Times. As Kate schemes to gain Logan's confidence, they dig into the Sinclair family’s investments to find a connection to Jenny’s death to provide the leverage to save Kate's career. But inquiring about the Sinclairs only complicates matters and puts Kate's life in jeopardy.

With millions of dollars on the line, will Kate untangle the web of lies surrounding Jenny's death and her career or will she become another casualty in a conspiracy that lies at the root of her very existence?